Linus has a near-perfect Fjord temperament coupled with a nicely dialed-back version of his uncle Yamsi's zest for life.  We see a lot of his sire (OFI Siljar) and uncle Yamsi in Linus, but not too much of his dam.  We're expecting Linus to mature right around Yamsi's size — 146 cm or 14.1-1/2 hh

Linus is the first foal from Willow; we got exactly what we were after in his temperament.  Linus gained improvements over his dam in both type and talent as well.

We definitely did not anticipate retaining Linus, but his disposition and temperament were so supremely suited for Jim (and, in the process, underlining just how mismatched Jim and Legolas were) that we agreed Legolas would be better served with a combination of professional training and a new, good-match home and that Linus should stay here, even though Jim had to start the wait-until-my-gelding-is-old-enough-to-ride process all over again.

Linus and Jim are very connected and have a great partnership.  Linus greatly enjoys his lessons and playtime with Jim, and is learning the skills he will need to be a safe partner on the trail and eventually under saddle. Linus also has a solid fan in his mother Willow's previous owner, who is no longer able to maintain a horse of her own.  She visits regularly and participates in expanding and solidifying Linus's skill set ... and Linus just loves having a bonus human!  :-)

Linus means "flaxen haired", which could apply to most Fjords.  The name also invokes fond memories of the beloved Peanuts character Linus. 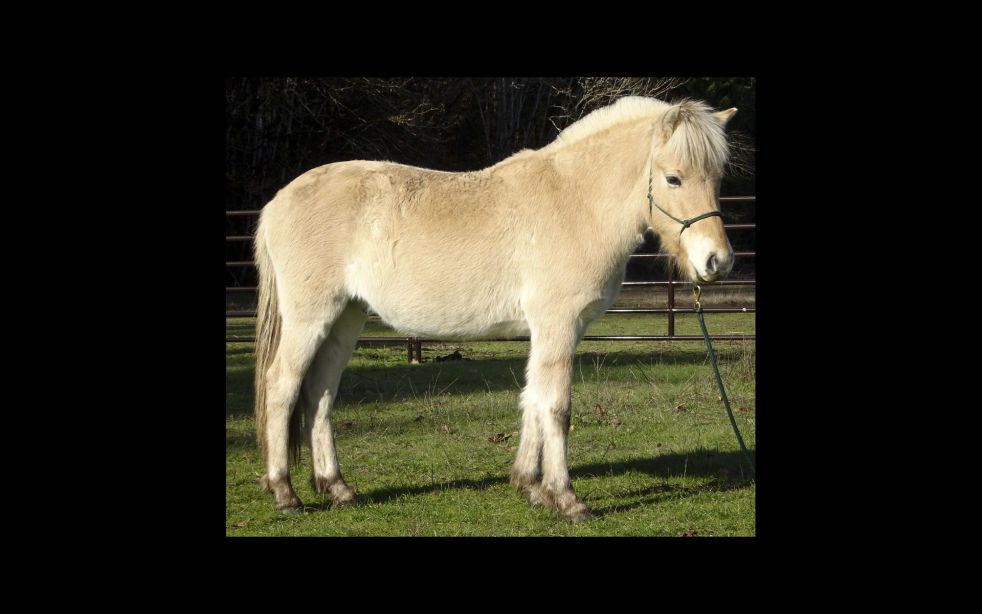 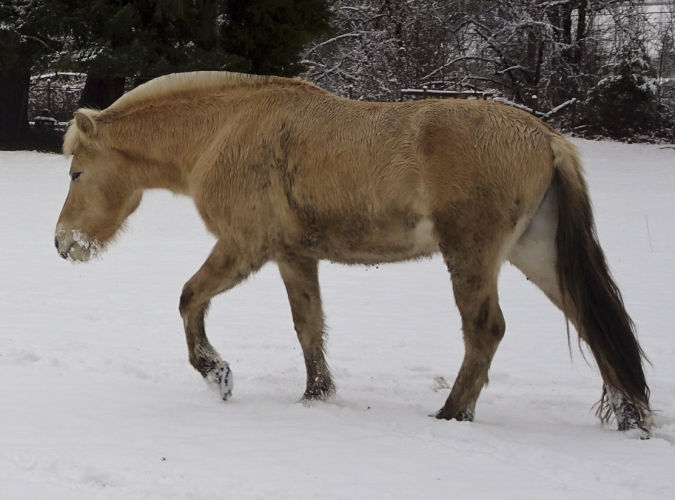 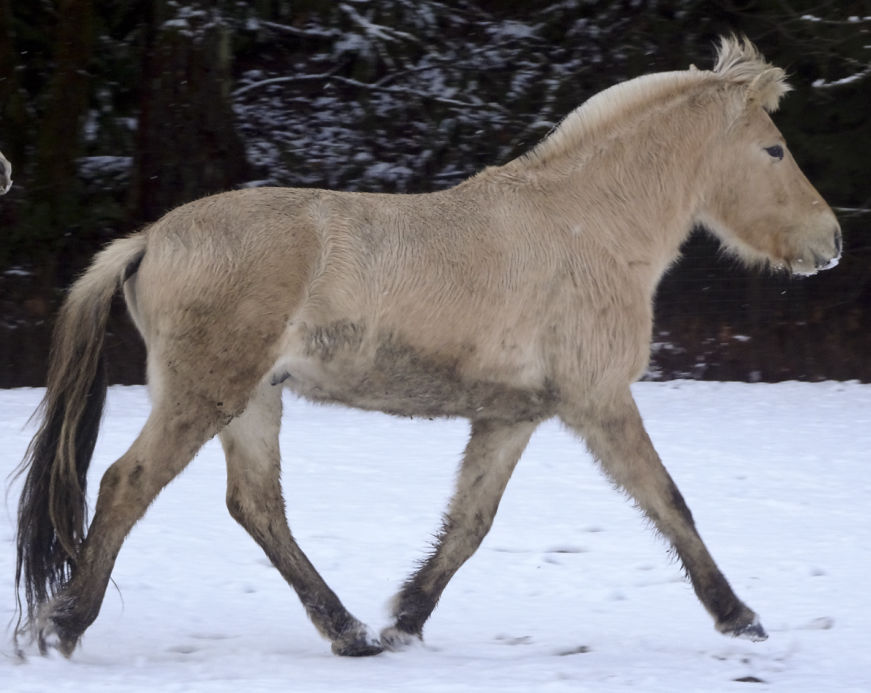