Yamsi was our first Fjord, and he is still our most active and innately athletic.  Despite his talent, it's a really good thing Yamsi didn't become someone's breeding stallion — he's a bit of a handful just the way he is!

Very much Gwen's enthusiastic partner, Yamsi enjoys interaction of just about any kind — as long as it doesn't involve having to stand still for very long.  He is mentally and emotionally the near-opposite of his steadfast full sister Willow, even though physically they are so similar that it's common for them to be mistaken for each other.

Yamsi reminds us regularly that a physically well-balanced, middle-of-the-spectrum Fjord is a versatile Fjord ... and also that a good-for-certain-people Fjord temperament is not the same thing as a good-for-almost-anybody Fjord temperament.  We take these lessons to heart in our breeding selections while enjoying Yamsi's individual quirks and perks.

"Yamsi" is one spelling variant of the Klamath word for "place of the north wind"; it is also the name of a cattle ranch in Southern Oregon that has been dedicated to the evolution of a more integrated, natural way of working and living on the land. 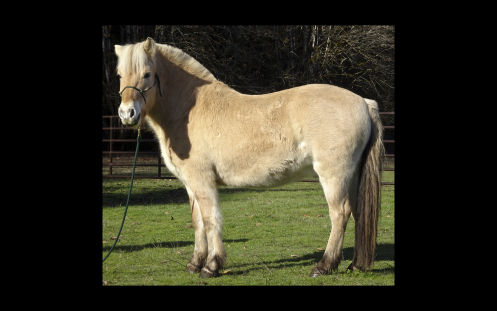 Do I gotta stand still much longer??? 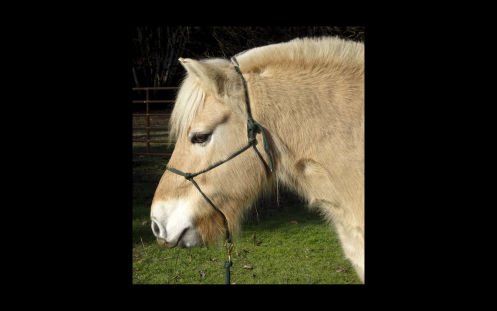 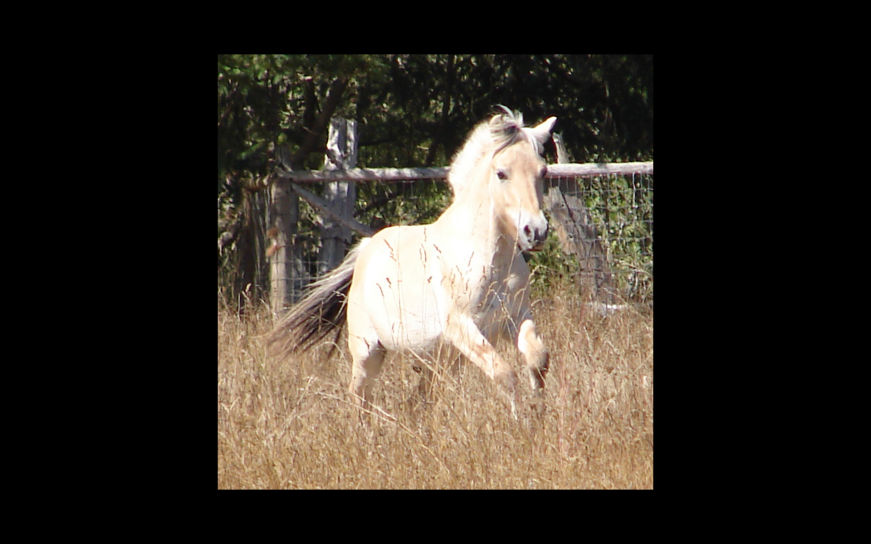